Starting on the 15th March 2019, the Geological Survey Northern Ireland Quaternary geologist, Sam Roberson, will be cycling from Mizen Head to Malin Head to celebrate the INQUA Dublin congress in July and promote Quaternary geology and landscapes across the island of Ireland.

You can follow his progress with the @quaternarycycle twitter along the route that will cover 1000 km in 13 days, much of it following the Wild Atlantic Way route. His tour will take in some of the most dramatic and iconic Quaternary landscapes that the island of Ireland has to offer, talking about how they are related to Quaternary environments and processes.

Did you catch us on #YourPlaceAndMine this morning? We had @drsamroberson and @rokmum live from the #SkiffieFestival in Delamont talking about our Quaternary Wildlife event taking place on the #StPatrick Centre, #Downpatrick. You can listen again here https://www.bbc.co.uk/sounds/play/m0005rxg

The End! Made it to Malin Head c.1330. I'm in awe of the achievements of others. Despite much talk of Marcconni's pioneering work, there is no mobile signal 😬 Fantastic views of the Donegal coast, stripped bare by the Malin Sea ice stream & the harsh northern Ulster weather

After some round the hosts navigation (literally) I escape Doire & start up the Inishowen Peninsula, where the main road runs parallel to at least 2 sets of post glacial raised shorelines. Francis Synge would have loved this. @Quaternary_Irl

A cracking afternoon riding across the Sperrin mountains. The weather was glorious & e crossed over watershed divides via meltwater breaches finding eskers on the lower slopes both sides 😊 Where you find one, you find the other @Quaternary_Irl @OpenQuaternary @QuaternaryRA_UK

On the NW side of Claudy we find evidence of permafrost (ground frozen for more than 2yrs) in the form of patterned ground - a phenomenon caused by polygonal frost-cracking. Kilroe also identified an infilled frost-wedge near here during the 1908 survey of Londonderry.

We arrive at Gortin Lakes in the Sperrin AONB. These are kettle holes in a series of stepped ice-marginal lake deltas. These formed as meltwater from the southerly Omagh ice cap spilled onto the Owenkillew glacier, carving out Gortin Glen, a meltwater channel, in the process.

We make good progress this morning, despite an unorthodox route along a meltwater channel, with great views of the many eskers along the Tempo Valley fault @GeoSurveyNI @Quaternary_Irl @QuaternaryRA_UK

Another long day in the saddle, c.100 km over the Sperrin mountains to Londonderry! The land between Enniskillen & Omagh is dominated by sinuous esker ridges & mounds that follow deep-seated fault networks. Faults often act as guides for ice flow, even across low lying terrain. 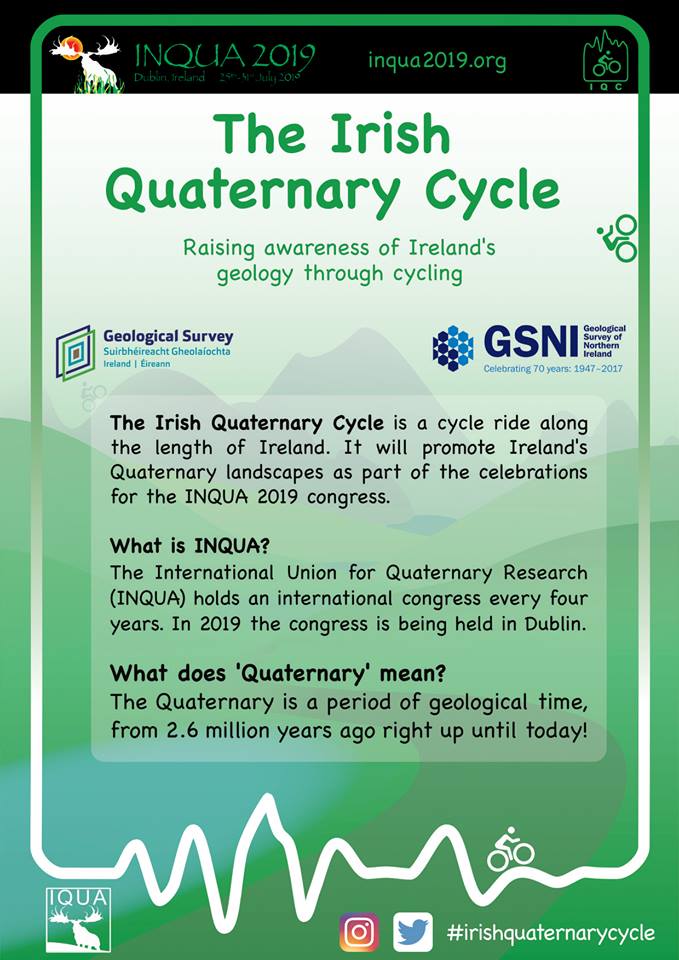 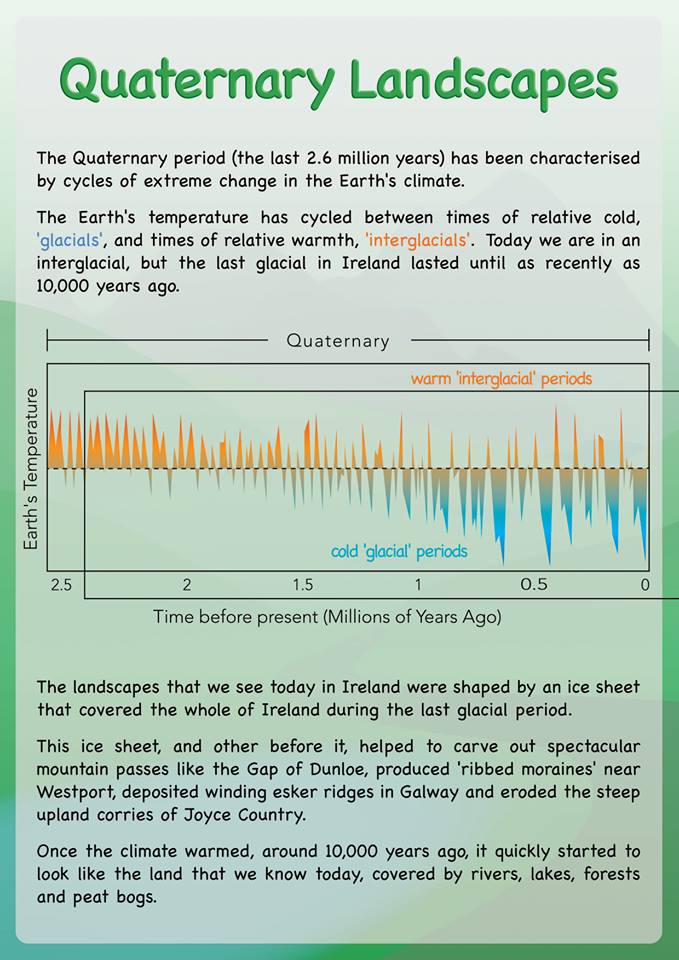 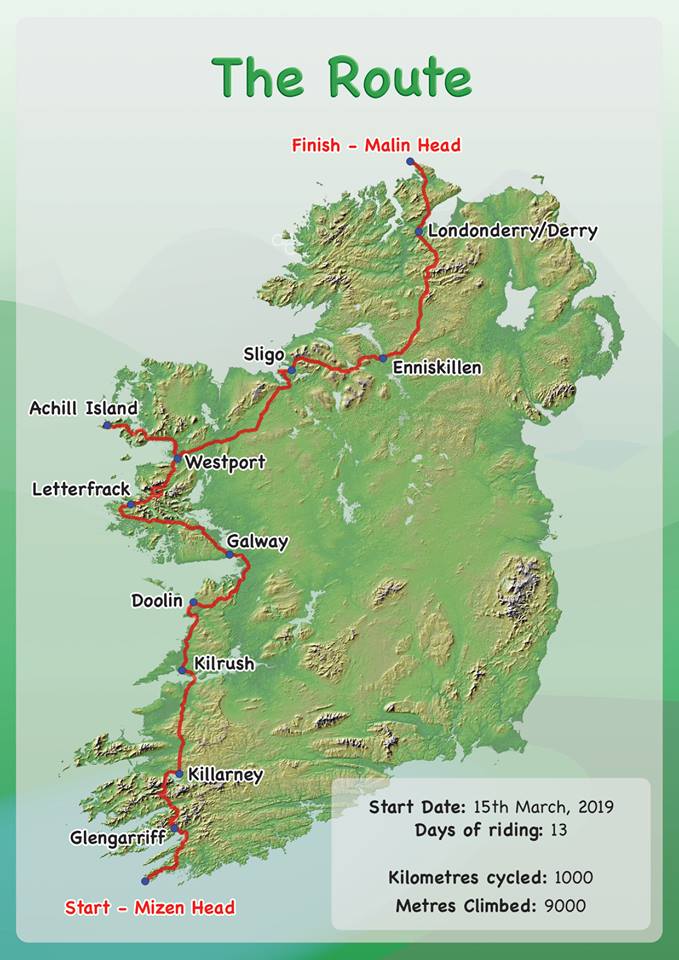 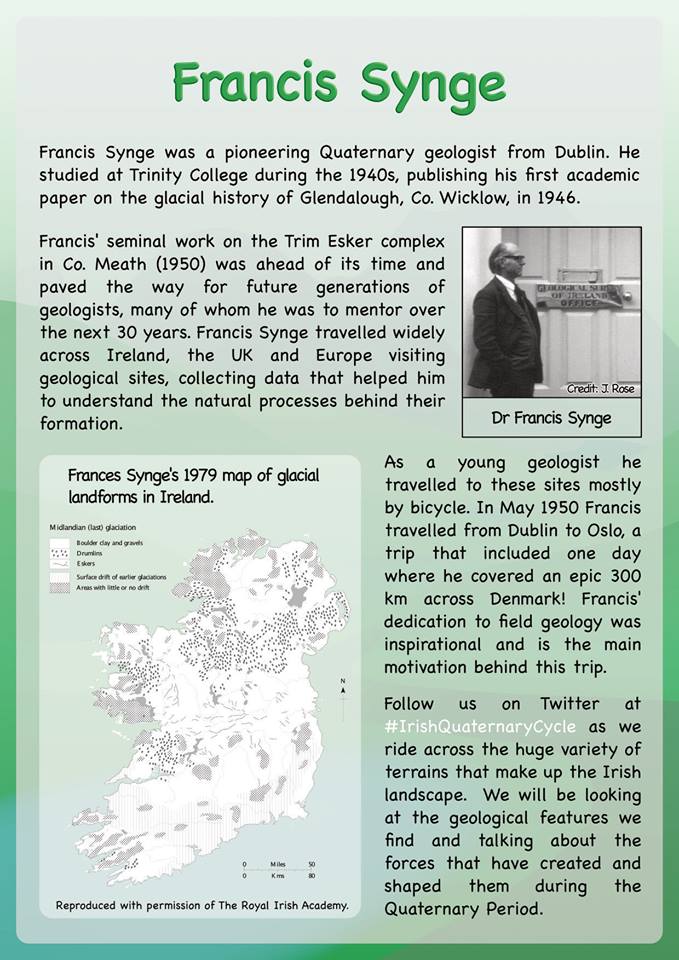