IQUA proudly offers the Valerie Hall Award for the best student or early-career researcher-led paper published by an IQUA member. 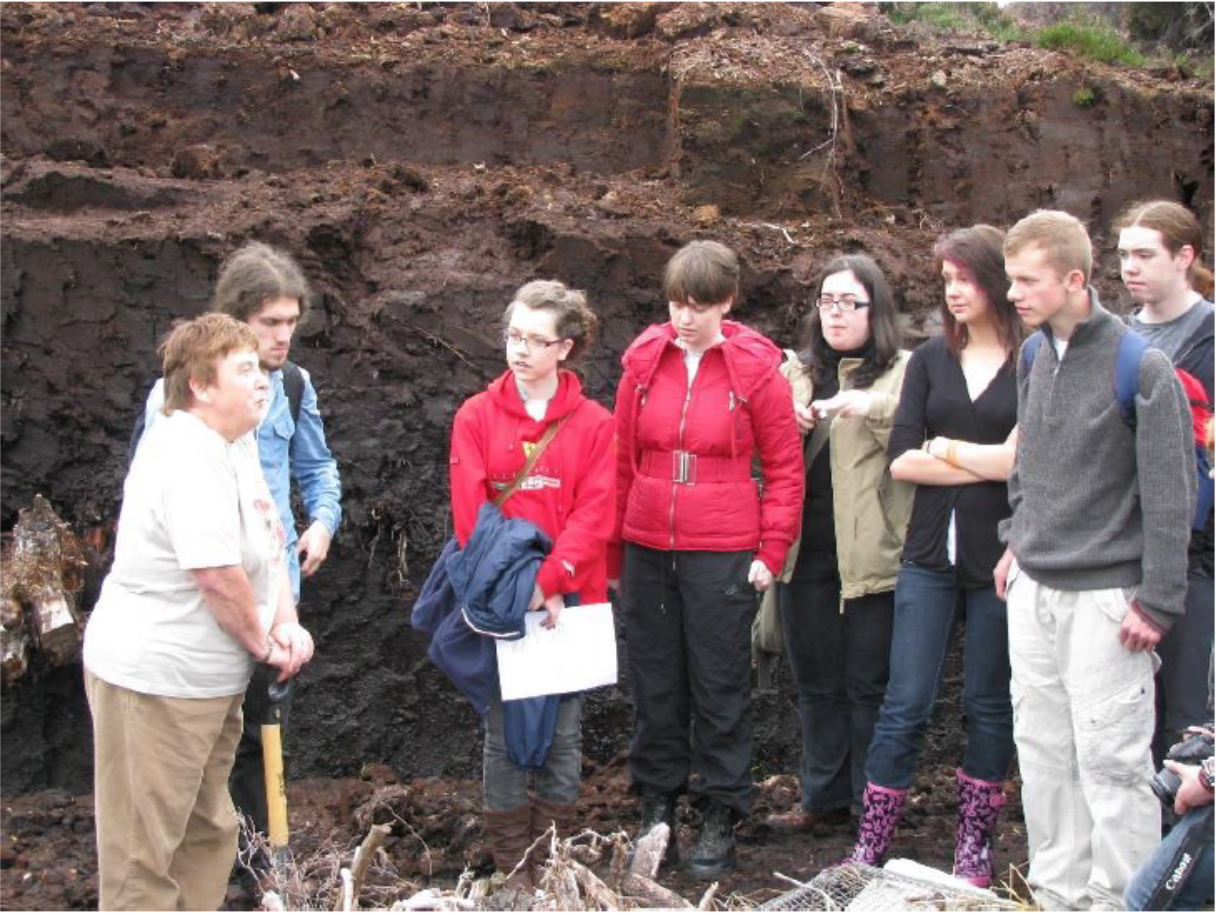 This award is in memory of Professor Valerie Hall, who passed away in 2016. Valerie was a highly esteemed Quaternary scientist from Belfast. She began her career in botany and palynology but made a truly international mark in the field of distal tephrochronology. She was particularly supportive of PhD students and early career researchers and a great inspiration and fantastic mentor to both Gill Plunkett (IQUA President) and Graeme Swindles (IQUA Secretary) and many others.

The Award is for early career researchers or postgraduate students who have written a top-quality research publication that puts Irish Quaternary science on the international stage. We hope that the award will help encourage early career researchers to consider a career in Quaternary research. One award of €250 will be given on an annual basis. Papers can be nominated by colleagues, supervisors, or other IQUA members. Nominations should be sent in writing (no more than 100 words of justification) to the IQUA secretary (Graeme Swindles – g.swindles@qub.ac.uk) for review by the IQUA executive committee. The nominated paper should be attached to the email. The paper must be in the general area of Quaternary studies but does not have to be focussed on Ireland.

IQUA proudly sponsors the Eileen Reilly Postgraduate Research Award, in memory of Eileen Reilly, an active member of IQUA who passed away in 2018.

The Award consist of 1 grant of €500 to be used for either conference attendance, a training course, fieldwork or laboratory analysisby one of our postgraduate member with each winner describing their research and the use of the award in articles in the IQUA Newsletter.

Applicants must be working towards a Masters or PhD degree and be a paid up member of IQUA for a minimum of six months when the application is made. Please contact IQUA Treasurer Mark Coughlan (mark.j.c.coughlan@gmail.com).

Submissions for the Eileen Reilly Postgraduate Research Award opens in the month of February yearly. An email is sent to our members over our mailing list.

The winner of the 2020 award was Adrienne Foreman of NUI Galway.

These awards are designed to cover radiocarbon dates or laboratory fees, for instance those incurred in DNA or isotope analyses. Please email IQUA Secretary, Graeme Swindles (g.swindles@qub.ac.uk), to find out whether a particular analysis will be considered for an award. It is envisaged that the awards will be split among two or three applicants depending on the number and strength of applications received.

All paid-up IQUA members of at least one year’s standing may apply. Please contact IQUA Treasurer Mark Coughlan (mark.j.c.coughlan@gmail.com) if you are unsure whether your membership fees are up to date.

Submissions for the IQUA Research Awards open in the month of October yearly. An email is sent to our members over our mailing list.

IQUA proudly organises the Bill Watts 14CHRONO Awards, in memory of W. A. Watts, a founding member of IQUA who passed away in 2010. The Awards are generously supported by the 14CHRONO Centre at Queen’s University Belfast.

The Awards pay for a number of AMS radiocarbon dates for current postgraduate members of IQUA, with each winner describing their research and the use of their free dates in short articles in the IQUA Newsletter.

Applicants must be working towards a Masters or PhD degree and be a paid up member of IQUA for a minimum of six months when the application is made. Please contact IQUA Treasurer Mark Coughlan (mark.j.c.coughlan@gmail.com).

Submissions for the Bill Watts 14CHRONO Awards open in the month of October yearly. An email is sent to our members over our mailing list.

Winners of the 2021 Awards (including the IQUA Research Awards) were Ryan Smazal, Fermin Alvarez, Robin Lewando and Lisa Orme.

Winners of the 2018 Awards (including the IQUA Research Awards) were Ros Ó Maoldúin, Anthony Beese, Ellen O’Carroll and Robin Lewando.

The Best Postgraduate Presentation Award at the 2021 Spring Symposium, hosted online was Brendan O’Neill for his talk entitled: The role of ocean forcing in early deglaciation of the British-Irish Ice Sheet during the Last Glacial Maximum: A micropalaeontological and sedimentological study of sediment cores from the Malin Sea and Slyne Trough.

The Best Postgraduate Presentation Award at the 2017 Spring Symposium, hosted by School of Archaeology in UCD was Sabrina Renken for her talk entitled: Foraminifera: More than ONE proxy: An example from the eastern North Atlantic.

Prof. Coxon earned his BSc in Geology & Biology at the University of Sussex (1973-1976) and undertook research for his PhD in the Subdepartment of Quaternary Research in Cambridge University (1976-1979) under the supervision of Prof. R. G. West.

Prof. Coxon has been at Trinity College Dublin since 1979 where he has made major contributions to our knowledge of the evolution of the Irish landscape from the Tertiary to Quaternary periods. Amongst his many other significant contributions are his work on the geomorphology and landscape evolution of parts of the Indian Himalaya and his recent roles in both IQUA and INQUA, the International Union for Quaternary Research.

The Award was presented by Prof. John Lowe of Royal Holloway (University of London) at a reception held in the Geological Survey of Ireland offices in Beggar’s Bush, Dublin, following the IQUA Annual Symposium on Friday December 2nd 2011. Prof. Coxon was presented with a beautiful sculpture of bog oak by Kevin Casey. The oak itself has been radiocarbon dated to 5600 BP.