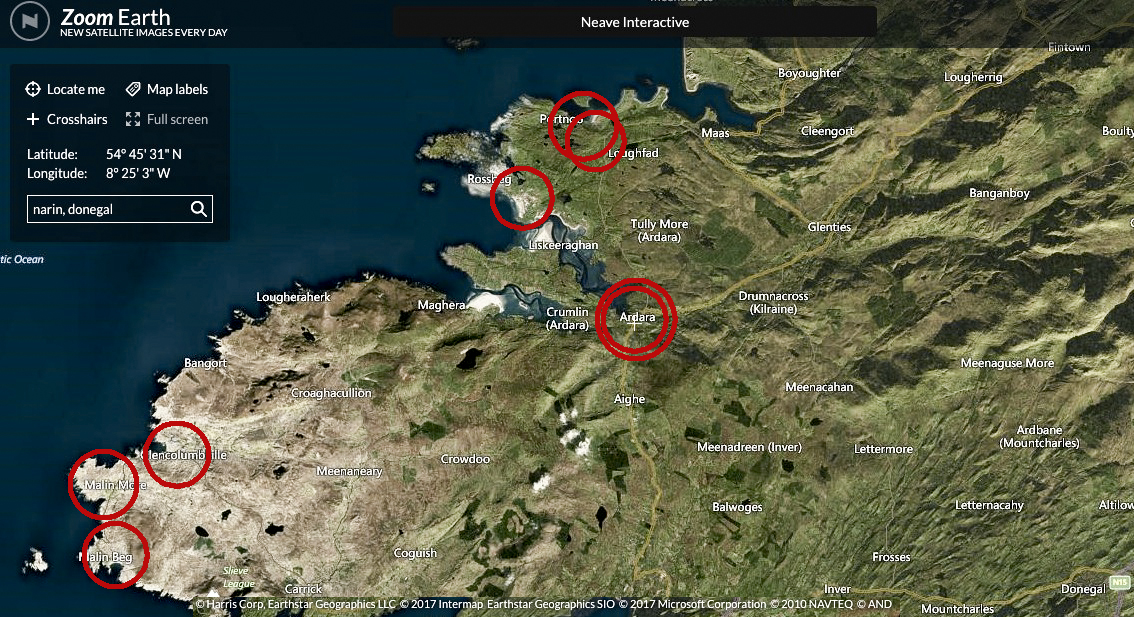 Below are details of our exciting IQUA field trip to South-west Donegal over the weekend of the 15th – 17th of September.

About 8:00 pm on Friday the 15th there was a welcome address in the meeting room of the Nesbitt Arms Hotel by Lochlann McGill. Lochlann is President of Donegal Historical Society and author of In Conall’s Footsteps, which describes local Neolithic, Bronze Age and early Christian archaeology; this was followed by a talk by Helene Burningham Coastal Research specialist at UCL who has studied the dunes and estuaries of west Donegal for many years.

On Saturday morning (9:00 start) the main focus was around the Ardara – Narin area. We visited and discussed archaeology and complementary neotectonics evidence that bears on the Mesolithic-Neolithic transition. Lunch (tea/coffee supplied) was at the Sheskinmore Nature Reserve Hostel. This reserve comprises large areas of sand dunes, lake and marsh that lies between Kiltoorish and Loughros More, north west of Ardara. This area is designated a Special Area of Conservation (SAC), a Special Protection Area (SPA) and a Wildfowl Sanctuary. There were talks by Bettina Stefanini on the Palaeonvironmental evidence of the area and John Shaw (Canadian Geological Survey) at the hostel and a walk across part of the reserve. A visit to Kilclooney Dolmen concluded the afternoon.

On Sunday we visited Malinmore, Malinbeg & Glencolmcille led by Dr. Brian Lacy, who has been researching the archaeology and early medieval history of Cos Donegal and Derry for 40 years. A former university lecturer and museum director in Derry, he directed the archaeological survey of Donegal (1979-83). His particular interest is the lore and archaeology of Glencolmcille and early Christian remains in the area. We aimed to return to Ardara carpark by 2:30 pm to let drivers make good headway homewards before dark.

We were based in Ardara, 20 Km from Donegal town.
Due to narrow roads our day trips were by minibuses from the car park close to Ardara bridge,